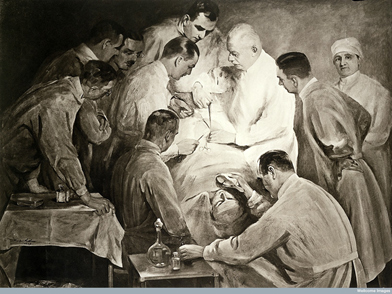 On 24 October 1950, fourteen people met at the invitation of the abbé Arthur Maheux in the Institut d’Histoire et de Géographie, of the Université Laval in Quebec City to form the Société Canadienne d’histoire de la médecine (SCHM). Among them were physicians, historians, and archivists. Dr. Sylvio Leblond (1901-1990), internist and instructor of medical history at Laval, was elected president and served in this capacity until he moved to Chicoutimi in December 1951.

The following was written in 2000 by Jacalyn Duffin and Paul Potter.  It provides an excellent introduction into the early years of our organization.

This site uses Akismet to reduce spam. Learn how your comment data is processed.