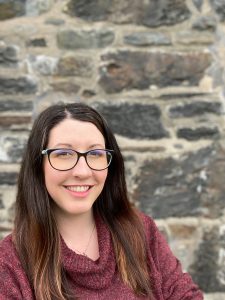 Congratulations to Courtney Mrazek (PhD Candidate, University of New Brunswick) this year’s winner of the Segall Prize! This prize was awarded for her paper: “More a matter for Medical men”: The Mi’kmaq and the King’s Road Reserve Removal in Sydney, Nova Scotia.  The Segall Prize is awarded to the best student paper at the annual CSHM conference.  More information about the prize and past winners can be found here.

A key example of a public health discourse being used for settler benefit in Nova Scotia is the forced removal and relocation of the King’s Road Reserve in Sydney between 1915-1926. At the turn of the century, non-Indigenous residents of Sydney lobbied for the removal of the Mi’kmaq reserve located in what was quickly becoming valuable downtown real estate. They justified this removal with a discourse that painted the Mi’kmaq as public health threats to themselves and their white neighbours. Ottawa responded by implementing section 49A of the Indian Act in 1911 — which permitted the removal of a reserve when residents opposed relocation through an Exchequer Court trial. While William Wicken, Martha Walls, and others have examined this important case study, it has yet to be approached through a medical lens. The 1915 court transcripts illuminate the centrality of public health concerns in the King’s Road Reserve removal and relocation.